Dog Star Man
(USA, 1962 - 1964)
by Stan Brakhage
This is the first installment of a new series I'm hoping to work on regularly - "American Experimental", about avant-garde, experimental and underground movies made in the United States. And it seems fitting to begin with the work of Stan Brakhage, a man who is almost synonymous with the avant-garde of the last half a century. His carrer began in the late '50s and ended with his death, in 2003. He is recognized as one of the most influential American filmmakers. 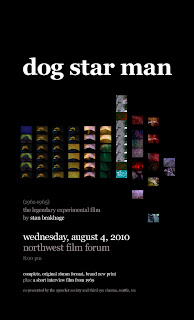 "Dog Star Man" is a 75-minute work that is, essentially, a collection of five shorts, called "Prelude", "Part I", "Part II", "Part III and "Part IV". Although it tells the story of a man (played by Brakhage himself) climbing a mountain in the company of his dog, the film doesn't have a real narrative. It's visual style is based of the fast-paced editing of very such images as: solar explosion, the surface of the moon, nude bodies, a new-born baby, the mountainous landscape of Colorado, various organs and tissues and, of course, scratches on film and abstract flashes of light. Brakhage uses very diverse techniques: from time-lapse cinematography, to slow-motion (mostly in "Part I"), first person shots from the point of view of the main character, hand-held cinematography, microscope shots, multiple exposures, archive footage of the outer-space and, most importantly, the superimposition of several rolls of film (two in the "Prelude", four in the last part). "Dog Star Man" is completely silent: no dialogue, no sound effects, no music... 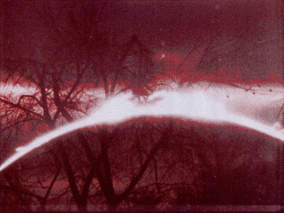 It is only through images and editing that Brakhage takes us to the ideas that he is interested in. What started as a simple project (as he himself called) becomes a dense, abstract and important work of art that touches on serious themes: Man's place in the Universe, between the biology he cannot elude and the stars he looks towards, the meaning of life, the History of Man etc. The man in the picture keeps climbing the mountain, even though he keeps slipping in the snow, but in the end he falls down ans is rescues/helped by his dog. The last three parts a more condensed than the others and make their point more clearly: "Part II" shows us a newborn's first violent reactions to the world he just arrived in, "Part III" is a celebration of the flesh, where naked bodies converge and tissues are soaked in pulsating blood and "Part IV" is a sort of a synthesis of the entire work. 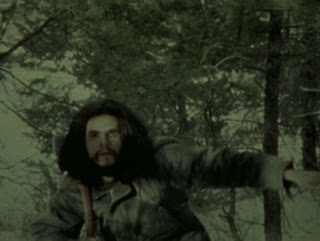 "Dog Star Man" is not an easy watch, but it's importance cannot be underestimated. It is a complex work, that Brakhage himself turned into a four-hour film ("The Art of Vision") without adding a single new shot, by simply rearranging the rolls of film that are superimposed in "Dog Star Man". The movie is difficult, but what it asks of his audience is only to have patience and try to see beyond the images, and to decipher the meaning of the film in their one way.