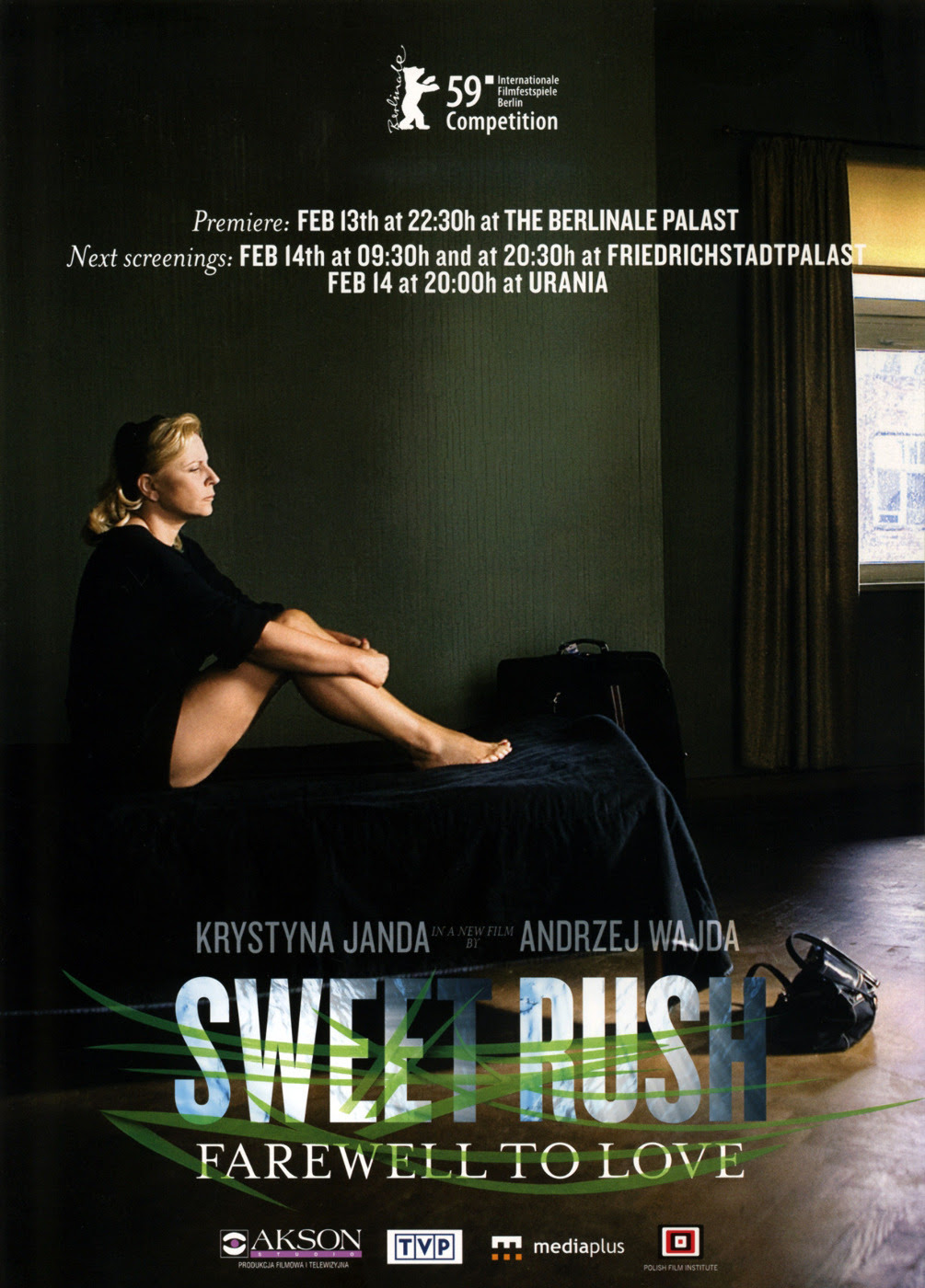 
"Tatarak"/"Sweet Rush" is Andrzej Wajda's last film, based on a short story by Jaroslaw Jvaszkiewicz. However, the movie begins with a monologue that actress Krystyna Janda delivers as herself, directly to the camera, in a undecorated room filled only with a small bed. She talks about the difficulty she had coping with her husband's death from cancer and how this affected the motion picture she was going to make with Wajda (the same one we are about to see). After this prologue, we see Wajda and the rest of the team discussing the story and the movie they are about to shoot. And after this, Jvaszkiewicz's story begins.
Janda plays Matha, the wife of a country doctor, who lives an unremarkable life, mourning the death of her two sons, Resistance fighters during WWII. Unbeknown to her, her husband discovers she hes lung cancer and only a few months left to live. In the meantime, she re-discovers a certain youthful enthusiasm as she begins to consider an affair with a younger man. But their short adventures ends tragically, as he drowns
while trying to collect sweet rush with which Martha wants to decorate her home. 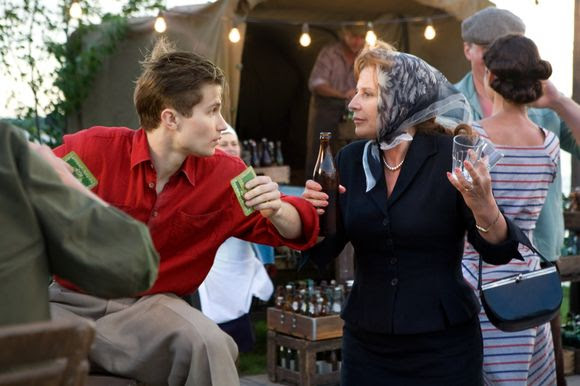 "Tatarak" is a film about death. The sugar cane itself becomes a symbol of it. The film obviously resonates with the recent tragedy in Krystyna Janda's and, in many ways, this film is more a portrait of its performer rather one of its director. However, the 80-year old filmmaker is still master of his own picture and I'm sure he used the opportunity to raise his own questions about death, although they are not evident in the film's final form.
The film ends with Janda leaving the film set after they just filmed the drowning scene and running towards the nearest road, as if trying to escape the drama of the picture and her own life. I found this gimmick a little unsuited and I felt that, in the end, "Sweet Rush" failed to be the poignant movie it could have been.
Posted by Victor at 1:22 PM